Awarded a grant from the EU Horizon 2020

In 2019, Pre Diagnostics successfully applied and was awarded a grant from the EU Horizon 2020 program for its VERDAD application (Very Early, Reliable Detection of Alzheimer’s Disease) for the development of a CE-marked blood test for Alzheimer’s disease (grant agreement No 849834). The grant will cover 70 % of the EUR 3,36 million total project costs while the remaining EUR 1 million was funded by private capital. The project started June r 2019 and will last for 30 months. In total, 68 small and medium-sized enterprises (SMEs) form 19 countries have been selected for funding under this round of the European Innovation Council’s SME Instrument strand. These companies will receive a total amount of €119.9 million to share between their projects to get their innovations faster on the market. 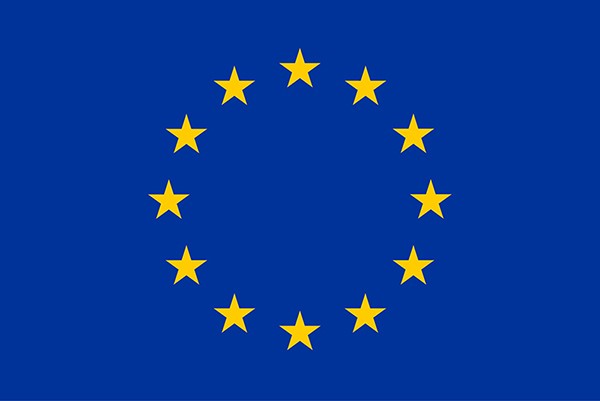 The SME Instrument is part of the European Innovation Council (EIC) pilot that supports top-class innovators, entrepreneurs, small companies and scientists with funding opportunities and acceleration services. Companies can apply for two distinct phases under the SME Instrument, depending on the maturity of their innovation.

The VERDAD project covers a 30-month development program that targets the launch of a CE-marked diagnostic test for early detection of Alzheimer’s disease. The primary outcome is the world’s first in-vitro diagnostic (IVD) blood test for accurate AD diagnosis – PreADx – which has the potential to become a:

The Need: Alzheimer’s Disease (AD) is a global pandemic, representing a €300 bn yearly expenditure in EU and affecting ~10% of its population above 65 years old. However, it has been estimated that a five-year delay in the disease onset could reduce the disease prevalence – and its costs – by up to 33% over the next decades, representing potential savings over €100 bn in EU alone. The disease progression could be delayed by combining compounds to block the initial stages of the neurodegenerative cascade and by lifestyle adjustments; however, current drug pipeline does not trigger sizeable improvements in AD patients. This is primarily due to irreversible brain damage in later AD stages.

Over 2,000 various AD interventions have been or are being tested in the World according to clinicaltrials.gov, around 600 of those in Europe, to compete in a growing, €2Bn market. But how to test the if those interventions are working in a quick, reliable and cost-efficient way? How to effectively select the patient cohorts for the tests? Therefore, the need for early diagnosis before symptoms arises become apparent, both to delay AD progression and to test the large pipeline of potential breakthrough medications. Despite the high need for early diagnosis, only 36 trials for AD detection are registered at clinicaltrials.gov. Will any of these work? Are they cost-effective?

Recent announcements on positive phase 3 results by Biogen provides compelling evidence to further support the amyloid hypothesis as a therapeutic target for Alzheimer’s disease. The recent progress within drug development triggers an increased demand for better diagnostic tools. Currently, the detection options are cerebral fluid test (detects beta-amyloid (Aß) – a neurotoxic metabolite that is the initiator of AD’s neurodegenerative cascade, as well as Tau and pTau biomarkers; it is invasive and costs around €5,000) and PET imaging (detects Aß plaques, relies on radioactive isotope injection and costs around €3,000). Both tests show amyloid burden which is not well correlated with the clinical symptoms. These are not suitable for mass screening and are therefore used when AD has progressed.

Our solution: Contrary to existing AD blood tests, PreADx provides a direct indication of a dysfunctional immune system leading to AD’s pathological process quickly and at low cost. PreADx detects reduced clearance of Aß, through (1) efficient isolation of blood monocytes and (2) use of proprietary monoclonal antibodies combined with human recombinant anti-complex antibodies to quantify Aß degradation through an accurate immunoassay test. This indication is available years before clinical symptoms onset, allowing for the first time to understand the disease dynamics with time and allow timely prescription of AD medications as well as follow up AD’s progression.

The VERDAD project consists of 7 separate work packages, as illustrated below. 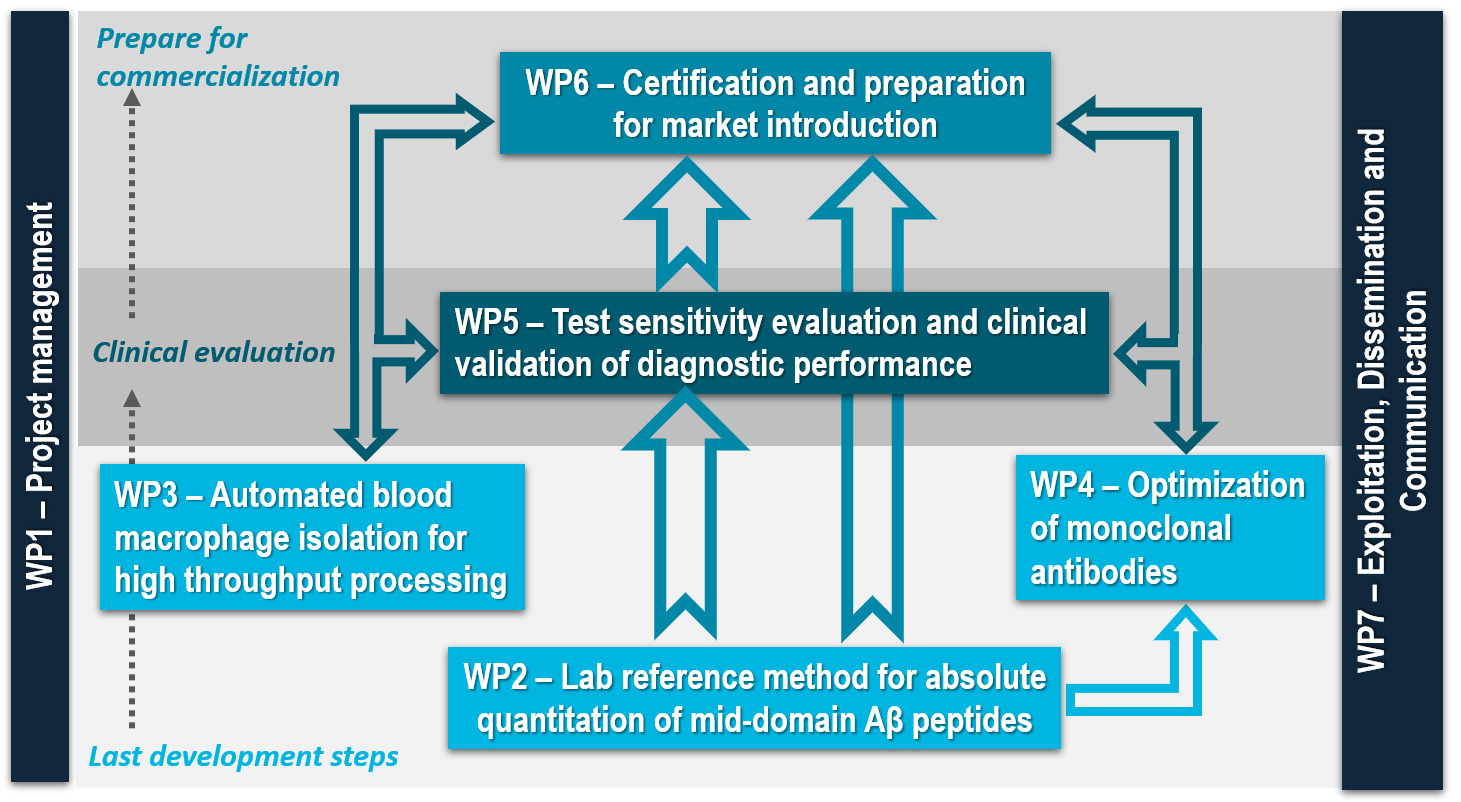 These work plans have been carefully structured and designed to minimize risk and enable cost-efficient development by focusing on key areas. The work plan contains plans for the preparation of a lab reference method (WP2) – which will serve as a baseline for optimizing the monoclonal antibodies used in PreADx’s immunoassay for mid-domain Aβ peptides quantification (WP4), as well as providing a baseline analytical gold standard to assess PreADx’s sensitivity limits in solutions with reference concentrations and clinical blood samples (WP5). In parallel, WP3 targets the adaptation of PreADx’s monocyte separation protocol to enable fully automated, high throughput sample processing.

WP5 will also covers clinical demonstration of PreDiagnostics’ solution for blood-based diagnosis of AD. This will provide evidence of our technology’s advantages in real-world samples in a multi-center blood biobank. The documentation of PreADx’s performance will serve as a cornerstone for the required certification prior to market introduction. These activities will form the backbone of WP6, where the scaling up of manufacturing and set up for distribution will be developed. WP1 is dedicated to project management ensuring seamless exchange of knowledge and delivery within as well as between WPs. Finally, WP7 will ensure to dissemination and communication of the project results and market exploitation.

Page load link
We use cookies so we can collect information about how you interact with our website and allow us to remember you. We use this information in order to improve the user experience and for analytical purposes. To find out more about the cookies and our privacy policy, please Click here. OK
Go to Top